Discovering SOCIABLE: Using a Conceptual Model to Evaluate the Legibility and Effectiveness of Backchannel Cues in an Entertainment Scenario 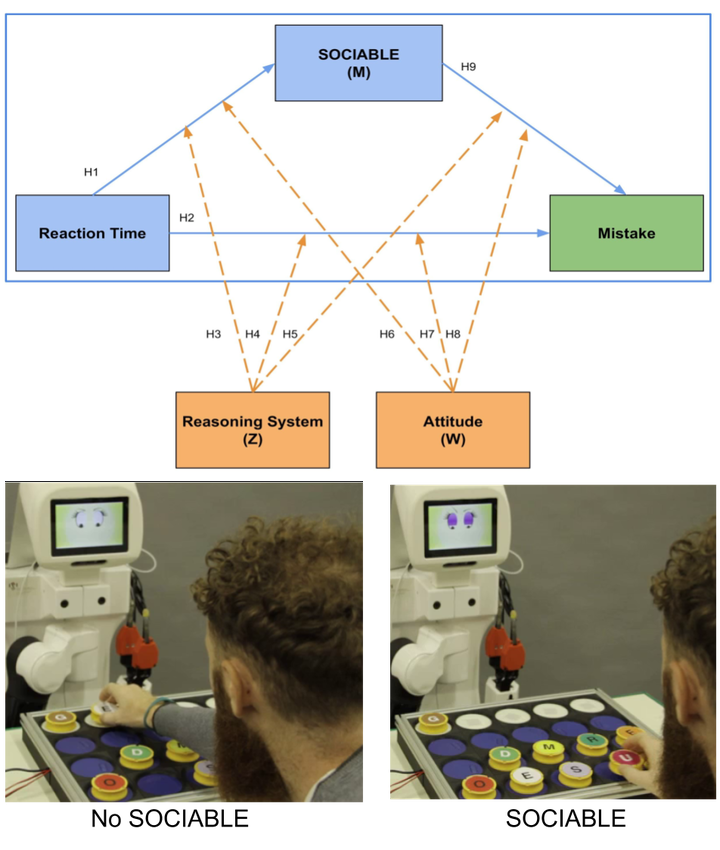 Robots are expected to become part of everyday life. However, while there have been important breakthroughs during the recent decades in terms of technological advances, the ability of robots to interact with humans intuitively and effectively is still an open challenge.In this paper, we aim to evaluate how humans interpret and leverage backchannel cues exhibited by a robot which interacts with them in an entertainment context. To do so, a conceptual model was designed to investigate the legibility and the effectiveness of a designed social cue, called SOCial ImmediAcy BackchanneL cuE (SOCIABLE), on participant’s performance. In addition, user’s attitude and cognitive capability were integrated into the model as an estimator of participants’ motivation and ability to process the cue. In working toward such a goal, we conducted a two-day long user study (N=114) at an international event with untrained participants who were not aware of the social cue the robot was able to provide. The results showed that participants were able to perceive the social signal generated from SOCIABLE and thus, they benefited from it. Our findings provide some important insights for the design of effective and instantaneous backchannel cues and the methodology for evaluating them in social robots.